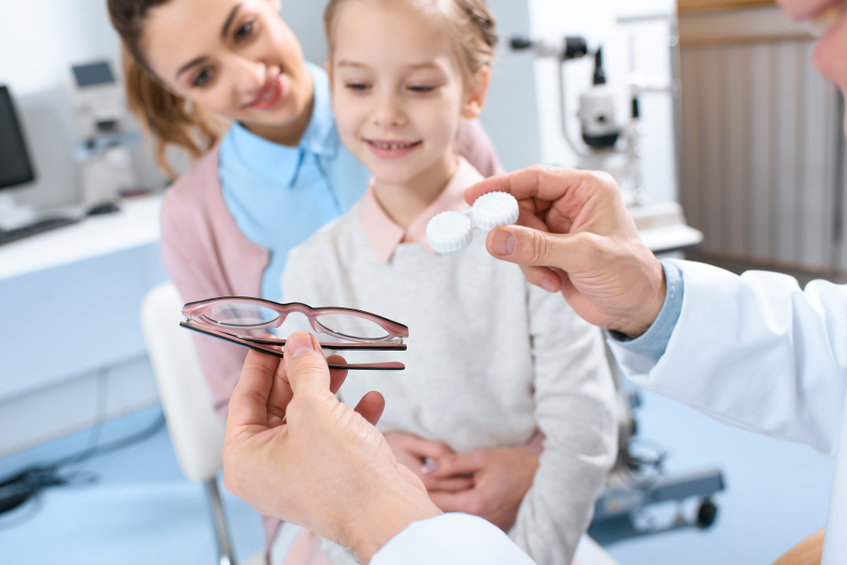 What Makes Cataracts Such A Pain?

Cataracts occur when the eye’s natural lens begins to change. This lens, previously perfectly clear, starts to lose transparency. As a cataract worsens, light struggles to reach the back of the eye, where images are sent to the brain. The end result can be cloudy or blurry vision, or even blindness. Fortunately, cataract surgery is a common procedure that can return sight to normal.

I want what they have

While incredibly rare, babies can be born with cataracts or develop cataracts at a very early age. Cataracts in infants can form in one or both eyes. Of these congenital cataracts, over 50% of cases are considered heredity in nature. Catching congenital cataracts early is vital as early treatment can reduce the risk of long-term problems.

How to find cataracts when you can’t see them

The possibility of physically seeing cataracts in a newborn is low, but there are a few signs to watch out for. For instance, babies with cataracts may not look directly at someone’s face when spoken to. Infants may also squint or attempt to block light from entering the eye. Children have been known to have eye misalignment or make unusual, repetitive movements. Fortunately, most cataracts are detected by a doctor or nurse before the baby even leaves the hospital after birth.

Your baby can see clearly now

Cataracts in infants may be too small to have a significant impact on a child’s vision. In that case, cataracts will be monitored regularly until further developed. Cataracts that are significant in size can impede a child’s vision and the ability to have regular sight development. If this is the case, an eye surgeon can choose to remove a cataractous lens. The lens is typically removed as soon as possible to prevent any further impairment in visual growth.

In cases of cataract surgery in adults, an artificial lens is almost always placed in the eye during surgery. A lens is implanted so the eye can resume focusing light on the back of the eye. In children and infants, the eye is still forming. As a result, placing an artificial lens in a developing eye is usually not advisable. Ophthalmologists often choose to use glasses or contact lenses to correct vision until a child is older. Once the eye has stopped growing, an artificial lens implant can finally be placed.