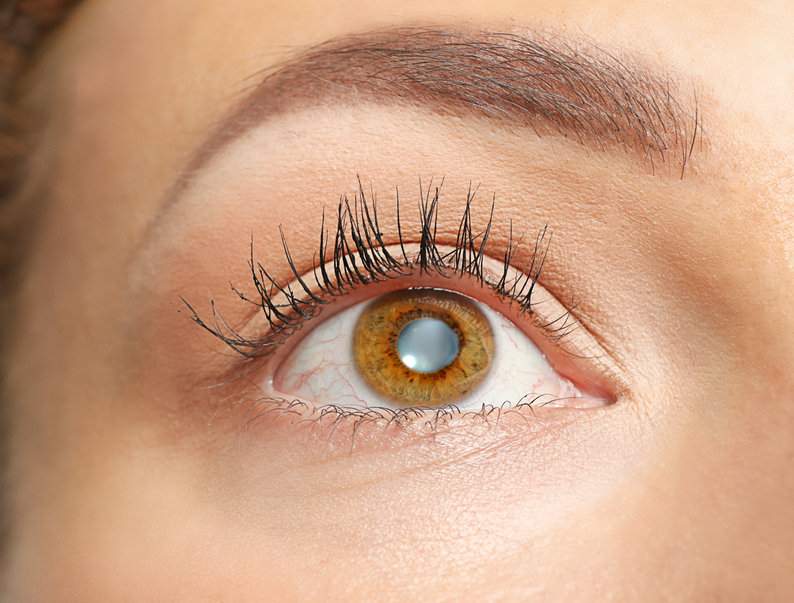 Why Do Cataracts Make Everything So Much Harder To See?

The eye is an incredible organ that is able to take light waves and project an image to the brain. For the eye to be successful, that light must be able to pass unimpeded through the cornea and the lens. Over time, that lens begins to harden, and internal protein buildup causes the lens to turn cloudy. This cloudiness is what is known as a cataract.

Is it something I did?

Cataracts are often attributed to age and most commonly begin forming after age 40. However, cataracts can also develop from other means. Diabetes is another common cause of cataracts. Steroids can increase the likelihood of a cataract forming. A traumatic incident involving the head or the eye can result in cataract formation as well.

How do cataracts affect my vision?

A cataract forms in the eye’s natural lens, but the exact location within the lens varies from person to person. Patients can even experience multiple types of cataracts at the same time. Here are a few of the most common types of cataracts:

A nuclear cataract is the most common type of cataract and begins right in the center of the lens, known as the nucleus. These cataracts are typically slow forming and may take years to mature. After the nucleus of the lens hardens, the cataract spreads to other parts of the lens. As this cataract worsens, vision becomes cloudy and yellowed. What’s unique about nuclear cataracts is that patients may experience a temporary reading vision improvement as the lens hardens.

Posterior subcapsular cataracts unsurprisingly form in the posterior or back of the lens. This posterior opacity usually develops very quickly and matures in months rather than years. These cataracts are often quite dense, and patients may soon notice difficulty reading and seeing at night. Patients may also notice intense glare from lights or see halos around them.

Cortical cataracts form along the outside, or cortex, of the lens. As a cortical cataract matures, cataractous spokes extend from the outside of the lens inward, not unlike a bicycle tire. These cataracts impair peripheral vision, and the spokes themselves can often cause light to bend in strange ways. The result can be anything from blurred vision to double vision to issues with glare and depth. Individuals with diabetes are often at risk for this type of cataract.

Can I see a cataract?

Most of the time, cataracts can not be seen without the aid of a microscope. If left alone for long enough, a cataract can mature and harden enough to be seen with the naked eye. A cataract will appear as an opaque haze in the middle of the pupil. By this point, vision loss is usually so significant that a patient can no longer see out of the cataractous eye.